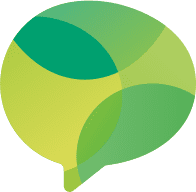 All mass media fell. Until all airports discontinued operation. Very few buildings counted for a short time, with power generators for lighting services.

Automatic energy control systems were prepared to withstand overloads and even split faults to not extend them. It is said that only the damaged districts should be affected, but it was not. The strangest thing: employees of the power company thoroughly reviewed transformers and wiring, but found no fault.

Something strange was that exactly  12 hours after the blackout, with absolute precision (a second before and one after) the electricity came back. Everyone wanted an explanation. Which occurred was the blackout gave collapse chain grid, by a system overload.

Hundreds of people reported strange lights on power stations hours before, during and after the blackout. The sightings were adding, the society was registered. Many voices say unidentified flying objects (observed UFOs ) before the collapse. They were so many that there was no doubt or possibility of coincidence or chance on a misperception in sightings .

Was it an alien intelligence that caused the blackout? The mystery of this event is great, there were hundreds of witnesses about flying saucers. The cause and consequence hidden behind all this, perhaps never be known, but puzzling facts, remain in history.

The government is investigating the causes of the massive blackout

BUENOS AIRES (ADNSUR) – The massive blackout that lives on Sunday Argentina and Uruguay is international news .

The government has already confirmed that investigates the causes of the incident that also affects some neighboring cities. Reported EDESUR , the outage is due to a failure in the electrical interconnection system . And service recovery can take several hours, officials said.

According to local media reports, the problem would also have affected some towns in Paraguay, Brazil and Chile .

They say the problem was the result of failures in Argentina ‘s power grid  caused by storms that have brought traffic to a dam on the river Paraná .

This would have «infected» the rest of the system, leaving out power to millions of users.

«At 7:07 am (10:07 GMT) there was the  collapse of the Argentine Interconnection System (SADI)  which produced a massive power outage across the country and also affected Uruguay , » the Ministry of Energy of Argentina in a statement quoted by local media.

What you fail to understand is that different generators have collapsed without conexionar both.

In its statement, the Argentine authorities also warned that service restoration could «take a few hours.»

«With the passing of the hours the service for all users will be restored», he promised Macri, who also announced an investigation «in depth» on the blackout.

«This is an  unprecedented case , » praised the Argentine president.

«I’ve lived here almost 20 years ago and is in fact the first time I see failure as well as today , » said Carmo , who also said circulating numerous messages of WhatsApp that «asking  that water is saved  because there would also risk missing» .

Argentina’s president,  Mauricio Macri , said the power outage which dawned with the country, and which also affected Uruguay and Paraguay, is an «unprecedented event» that will be «thoroughly investigated». » This morning there was a power outage across the country due to a failure in the transport system of the coast (northeast), whose causes can not yet specify.  We are working so that everyone can have energy as soon as possible , «the president wrote on Twitter.

As he added, the situation currently 50% of users are standardized and the passing of the hours «service for all users will be restored».

Related Topics:remain in historyThe government is investigating the causes of the massive blackoutThe UFO of New York blackout in 1965
Up Next